The great comedian Robin Williams committed suicide on August 11, 2014. He was one of the most extraordinary comedians of our time and proved himself to be a sensitive film actor as well. No one could match his inspired improvisations, his zany impersonations, or his rants that
exploded in the air. This documentary includes brief snippets from his long career as well as inspiring examples of his public service, including multiple USO tours to visit American troops in Iraq and Afghanistan. But the main focus of this sobering documentary is on the few months before his death. 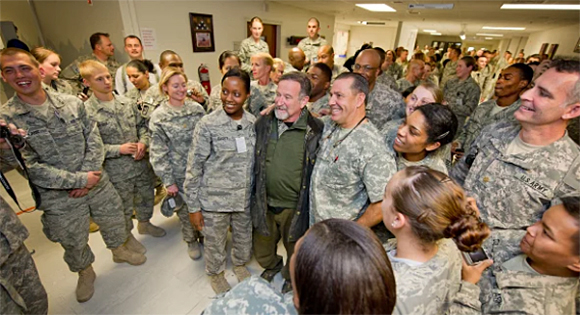 The media speculated that Williams committed suicide because he was suffering from depression, drug or alcohol abuse, or Parkinson’s. But he actually was stricken with an undiagnosed case of a neurodegenerative disease called Lewy Body dementia. It is the third most common form of dementia behind Alzheimer Disease and vascular dementia and has many of the same symptoms as Parkinson’s. It affects an estimated 1.3 million Americans.

Neurologists report that it is a very hard disease to diagnose as there is no definitive test. After reviewing Robin’s brain during the autopsy, Dr. Bruce Miller of the Memory and Aging Center of U.C. San Francisco stated that the comedian had “the worst case of Levy Body dementia he had ever seen.” All parts of his brain were affected.

Throughout the documentary, Robin’s wife Susan Schneider Williams, recounts the changes and stresses they experienced during the last year of his life. He suffered from depression, insomnia, paranoia, hallucinations, loss of weight, thrashing about in bed, acting out nightmares, dizziness, loss of memory, and thinking problems.

Robin Williams knew something malevolent was destroying his brain and amplifying his anxiety, but he didn’t know what it was. Friends and neighbors testify that they knew something was wrong but not what they could do for him. Shawn Levy, the director of his last film, Night at the Museum: Secret of the Tomb, praises the actor’s dedication to his craft even when he was having trouble remembering his lines and was unsure of his performance. 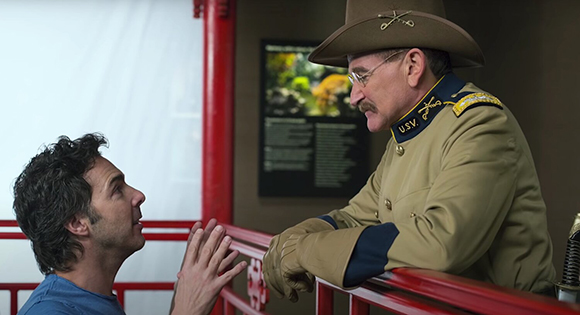 Susan Schneider Williams only learned of the Lewy Body dementia diagnosis after Williams’ death. She has since made it her mission to inform people about this dreadful disease and to lobby for more research funds to combat it. This documentary is part of that project. So is its message about Robin’s “wish” — that he could help people be less afraid. In the last scene, we see Robin reflecting upon the meaning of life. That we all listen to his wisdom would be our wish after seeing this documentary. God in My Grandchildren – Ignatian Spirituality